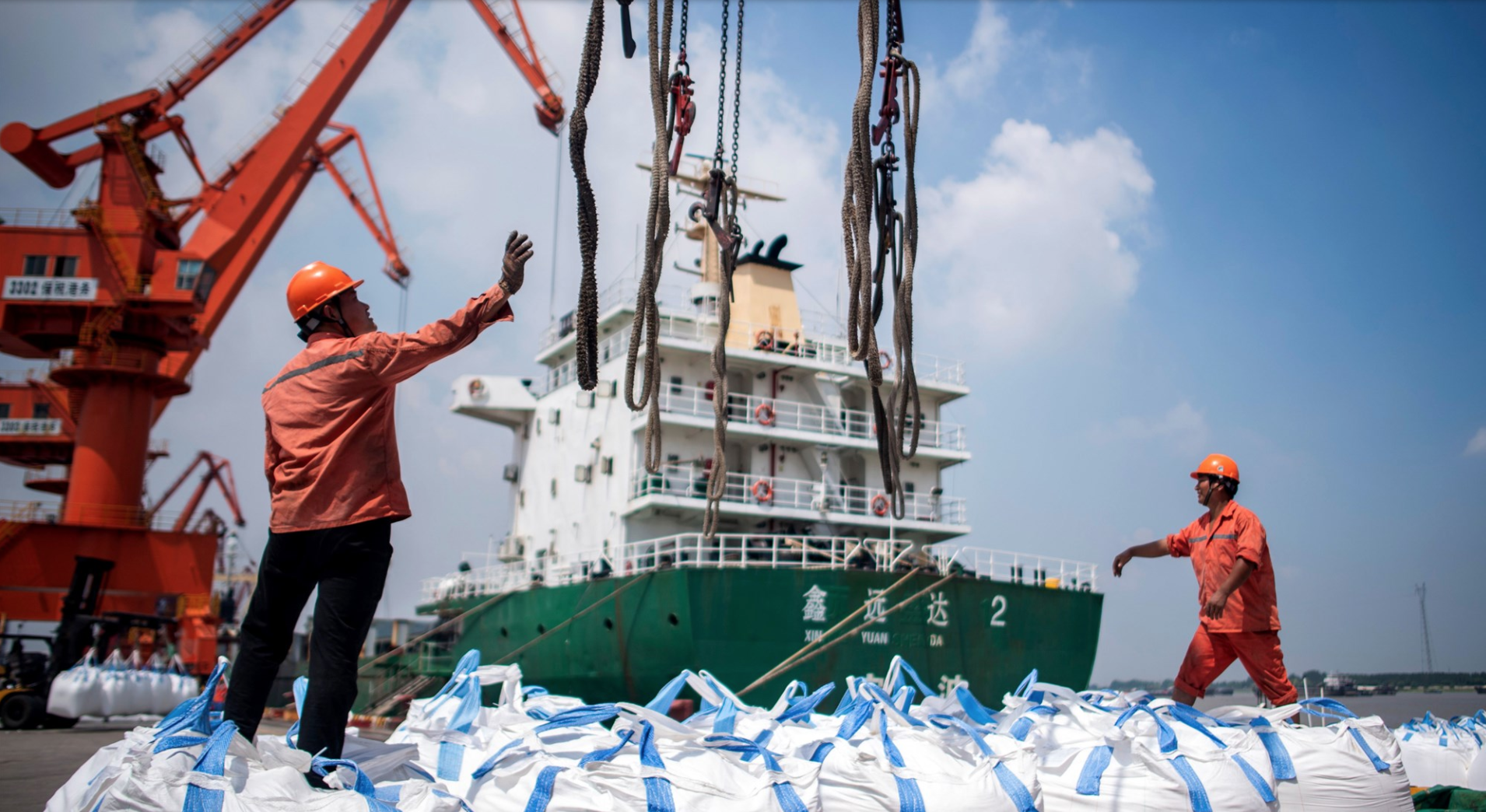 China’s commitment to purchase $200 billion in U.S. exports by the end of 2021 has been badly sidelined by the dual supply-and-demand shock delivered by the coronavirus.

U.S. exports to China of manufacturing, agriculture, energy and services will only total a combined $57 billion this year, a fraction of what was stipulated in the phase one agreement both countries signed in January, according to a report by the Center for Strategic and International Studies.

Trade experts warn that the rhetoric from Washington overlooks the extent to which upending the trade deal would wreak havoc on American farmers and manufacturers.

“In light of what is going on right now, I think it’s important to recognize the impact that the crisis has had on the ability to meet those commitments,” said Dean Pinkert, senior counsel at the law firm of Hughes Hubbard & Reed and a former commissioner with the International Trade Commission.

Increasingly harsh rhetoric from Washington and Beijing has inflamed tensions between the two sides at the worst possible time. On Monday, White House trade adviser Peter Navarro said China should pay for its role in spreading the coronavirus.

“A bill has to come due for China,” Navarro told CNBC. “They inflicted tremendous damage on the world which is still ongoing.”

White House trade adviser Peter Navarro has not ruled out advising President Donald Trump to impose new tariffs or to walk away from the phase one deal.

Navarro didn’t rule out advising President Donald Trump to impose new tariffs or to walk away from the hard-fought phase one deal that capped a bitter 18-month battle between the world’s two largest economies and roiled markets.

Trump said later Monday he had no plans to revisit the agreement, although a few days earlier he said he was “very torn” about preserving it.

Last week, Chinese Vice Premier Liu He, U.S. Trade Representative Robert Lighthizer and Treasury Secretary Steven Mnuchin agreed via conference call to move forward with phase one “in spite of the current global health emergency,” and to continue to meet regularly, according to a statement from Lighthizer’s office.

Experts say escalating a trade war in a pandemic would be a terrible idea.

The U.S. and China are dependent on each other, said Peter Petri, a professor of international finance at the Brandeis International Business School. “The economic rationale for improved trade relations has never been stronger. Both countries need it to reverse steep declines in their economies,” he said.

According to CSIS, U.S. exports to China were expected to rise by roughly 37 percent in the first quarter of 2020 on a year-over-year basis. Instead, they fell by 10 percent.

“The U.S. export numbers they signed up for a few months ago are very much out of whack with economic reality in China,” said Jacob Kirkegaard, senior fellow at the Peterson Institute for International Economics.

Kirkegaard said the White House has limited leverage forcing China to make good on its commitments, since American businesses might not even be able to fulfill them. “On the U.S. side, there is a supply bottleneck,” he said.

CSIS found that manufacturing exports cratered, led by a remarkable 47 percent drop in vehicle exports — the result of American automakers shutting down operations combined with little Chinese demand. Demand for aircraft, another key U.S. export, also vanished. “That’s one of those areas where China could say to the U.S., look, there’s no demand. What is the White House going to do about that?” Kirkegaard said. “The inconsistency in this deal is just all the more obvious now.”

Exports of services, including Chinese business travel and tourism to the U.S., as well as Chinese students studying at American universities, ground to a halt earlier this year, while demand for professional services such as financial services has dropped considerably with the weakening of the Chinese economy.

American manufacturing, technology and professional services companies have a lot riding on the continuance of the phase one deal’s intellectual property protections. “U.S. companies have enormous amounts of IP and other technology, trade secrets and the like, that they seek to protect. If this phase one agreement actually moves forward and is able to be fleshed out, then U.S. companies, including our clients, would benefit,” Pinkert said. “We are hoping that this agreement is not allowed to terminate. Let’s not let the buying commitment and any shortfall on the buying commitment undermine the structural reform effort. It’s just too important,” he said.

CSIS labeled energy exports the “biggest disappointment.” Projected to rise by 160 percent on an annualized basis in the first quarter, they instead fell by 33 percent. While some of this is a fall in absolute terms, the gap between expectations and actual purchases also is exacerbated by cratering oil prices. Analysts said some of this shortfall could have been mitigated if trade negotiators had specified for China to buy a certain volume rather than a certain value of oil.

In agriculture, the pandemic has created a different kind of supply and demand distortion. The shutdown of U.S. slaughterhouses impedes China’s ability to fulfill its pledged purchases of agricultural products while impacting the availability and prices paid by American shoppers. Agricultural market research firm Allendale found that pork processing has plunged by 40 percent over the past two months.

“That part of the food chain is an example where it’s really a combination of factors coming into play. The virus really hit hard in the big plants in the U.S. and has cut down operations generally,” said Harry Broadman, managing director at Berkeley Research Group. “That, to me, epitomizes the problem this agreement has faced as a result of the pandemic.”

Trade experts warn that the rhetoric from Washington overlooks the extent to which upending the trade deal would wreak havoc on American farmers and manufacturers — many of whom are already struggling with cost increases stemming from COVID-19 supply chain havoc.

Retaliatory tariffs effectively closed the China market to U.S. wheat exports in 2018 — but the phase one deal has opened up $100 million in wheat exports.

The phase one trade deal reopened that door. “China has recently started purchasing U.S. wheat again,” Mercer said, adding that some $100 million in wheat exports is riding on the continuance of that agreement.

The problem is especially acute for small, specialized manufacturing companies that source inputs from China to build everything from speakers to sportswear, said Angela Hofmann, executive co-director of Farmers for Free Trade, an industry trade group (which include businesses outside agriculture, as well). “What you hear from a number of the manufacturers is that they have invested hundreds of thousands to millions of dollars,” she said. “These are huge sunk costs.”

Rakesh Tammabattula, CEO of QYK Brands, a California-based company that makes personal care products and devices, said the trade war with China had raised his tariff burden by roughly 20 percent, while the pandemic has spiked his shipping and freight costs by a whopping tenfold.

Tammabattula said he, like many other American operators, doesn’t have an alternative domestic source for the ingredients and components he obtains from China. “We import many raw materials in the form of chemicals, and also plastic bottles and containers, some specialized labels, machinery and equipment. There’s no other way to source them,” he said. “We have to take the heat.”

(This article was originally published on NBC News on May 12, 2020)