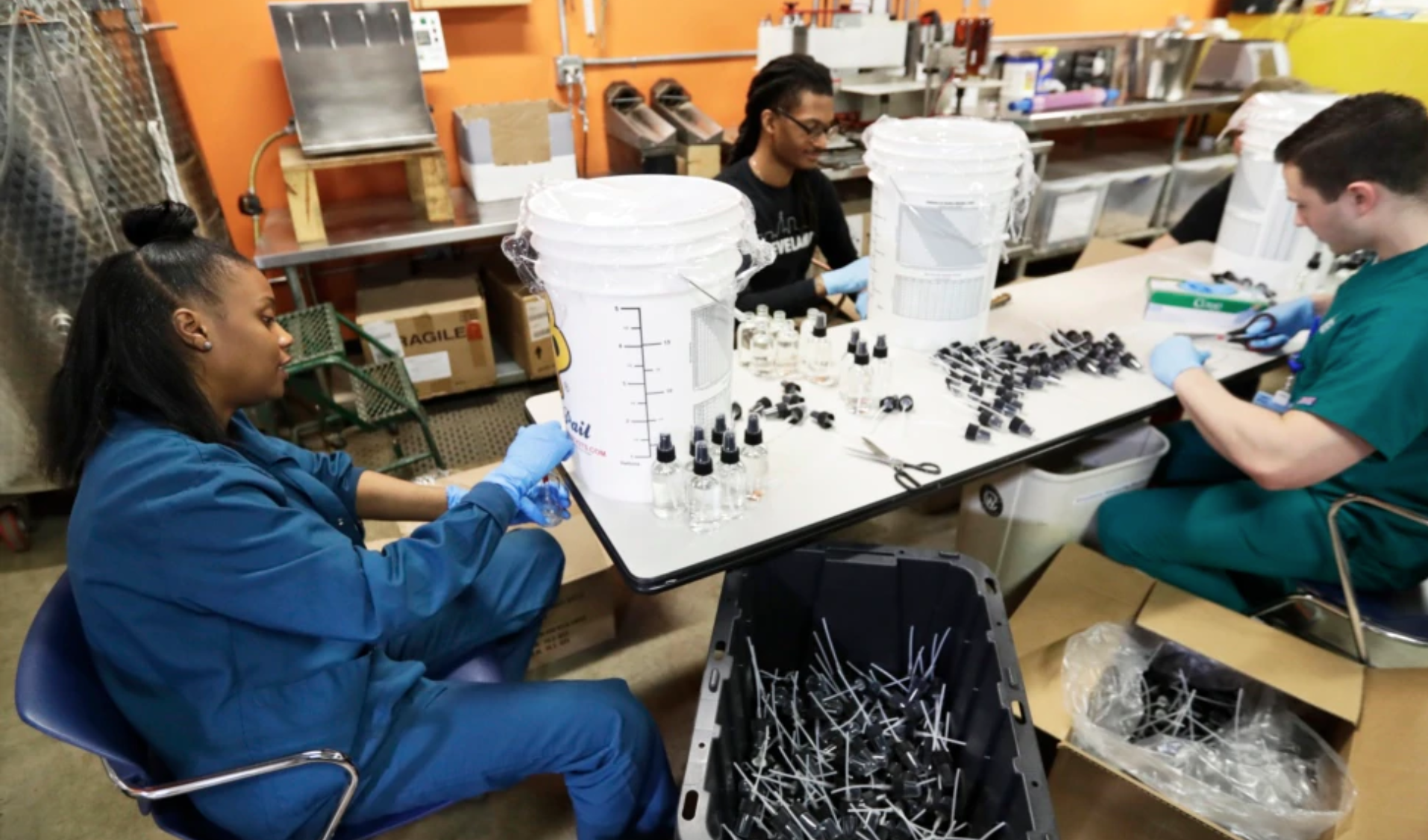 Increasing demands causes prices of alcohol and other ingredients to go up about 200 percent says QYK Brands CEO, Rakesh Tammabattula, in VOA

Home » Increasing demands causes prices of alcohol and other ingredients to go up about 200 percent says QYK Brands CEO, Rakesh Tammabattula, in VOA

Americans are finding themselves with a never-before-seen shortage of paper and cleaning products, such as disinfectants and hand sanitizers.

Traditional cleaning products simply cannot be found at supermarkets across the country. Store owners say they do not know when new shipments will arrive.

Washing hands with soap and using household cleaning products may help with personal protection against the coronavirus. Americans often turn to disinfectant liquid or wipes for use outside the home, in vehicles and public spaces.

Wipes are necessary for people required to work outside the home, such as those employed by supermarkets, hospitals or drug stores. But there appears to be little chance of sanitizers returning to stores in large enough amounts to be useful.

VOA spoke with a leading U.S. manufacturer of health and personal cleaning products to explain the shortage.

“The… demand for hand sanitizers was never expected by anyone in the industry, and for that reason, none of the players in the market were prepared,” notes Rakesh Tammabattula. He serves as Chief Executive Officer of QYK Brands. The California based company owns businesses such as Dr. J’s Natural and Glowyy hand sanitizer.

Tammabattula said that no one could have expected the sudden demand, and importance, of sanitizers. He told VOA that the unexpectedly high demand has caused severe shortages of some raw, unprocessed materials like pure alcohol. Most sanitizers are made of pure alcohol mixed with oils or gelling substances.

In the past, manufacturers only bought as much alcohol as they needed because of its chemical properties. Now, there is not enough to meet the increased demand.

There is also a shortage of plastic for bottles.

The increasing demands have caused the prices of alcohol and other ingredients to go up about 200 percent, Tammabattula said. He added that the timelines of production have been extended to six to eight weeks. Before the pandemic, it was two or three weeks. He noted that his company will be completely out of alcohol in two weeks.

The shortage of normal ingredients for sanitizers has led to searches for substitute ingredients. The U.S. Food and Drug Administration recently eased its rules to let manufacturers use ethanol alcohol for hand sanitizers during the shortage. The health crisis has sent the prices of ethanol sharply lower, hurting U.S. farmers and ethanol industries that make alcohol from corn. The new FDA rule could help both farmers and ethanol producers.

Some distilleries have turned to producing sanitizers from their own alcohol to help fight the shortage. One whisky distillery in Atlanta, Georgia, said it is giving away free hand sanitizers at its factory.

Some people are creating their own sanitizers with oils or lemons, but there is no evidence they work.

Experts advise against homemade sanitizers, saying these products could be harmful or useless. A real sanitizer should have at least 60 percent alcohol, they note.

The shortage of cleaning products has led many sellers to advertise wipes, sanitizers, air purifiers and other products online. Security experts have advised people to avoid buying them since many are useless or will never arrive.

The U.S. Centers for Disease Control and Prevention has the best advice: Wash your hands with soap and hot water as often as possible.