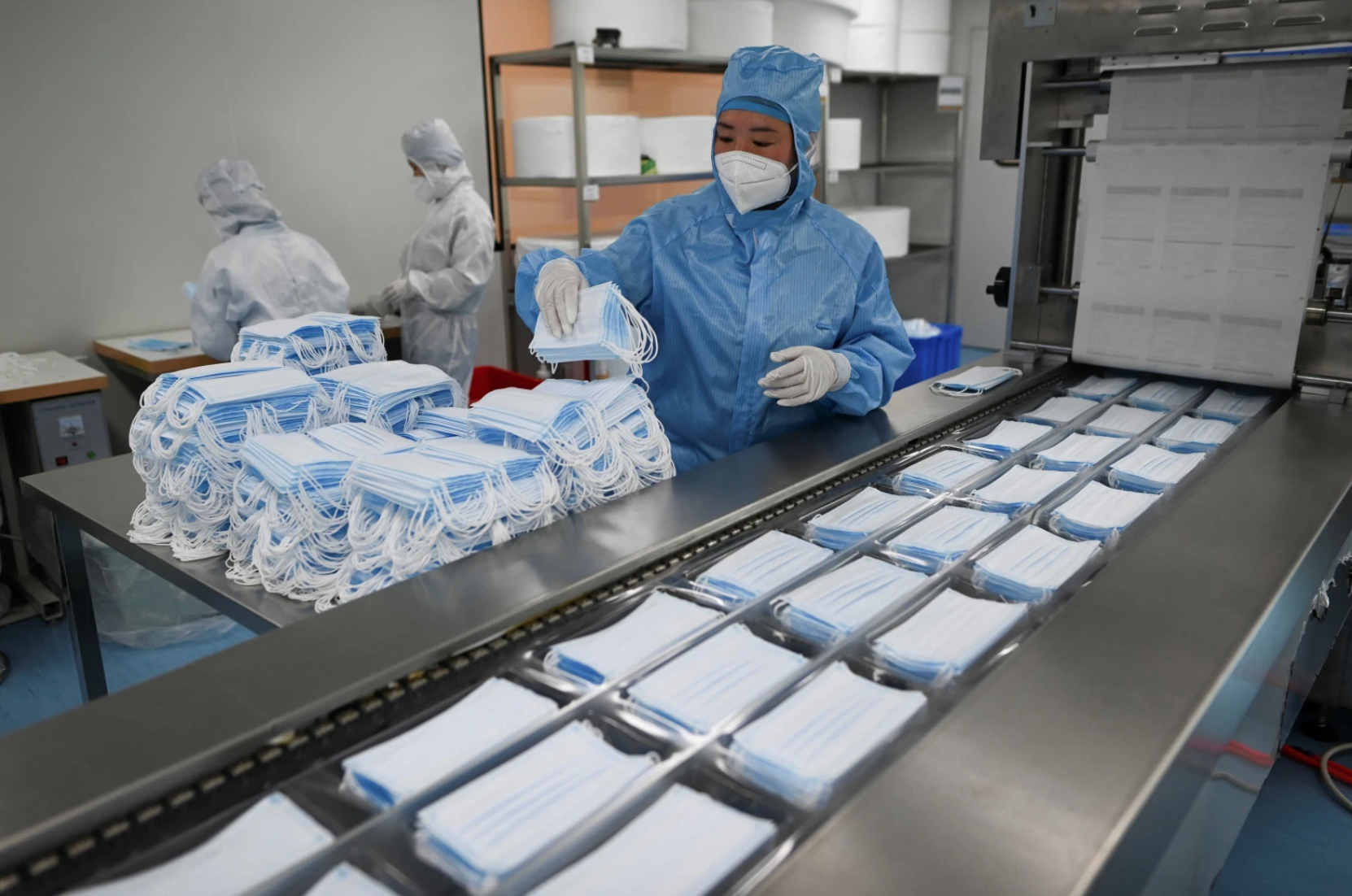 Bringing American Manufacturing Back: “If we start right now, we can see it happen in a couple years,” states CEO, Rakesh Tammabattula, in The OC Register

Home » Bringing American Manufacturing Back: “If we start right now, we can see it happen in a couple years,” states CEO, Rakesh Tammabattula, in The OC Register

Mark Newgent’s medical supply company, Access International, took a call a few weeks ago from someone asking to buy millions of N95 face masks to protect people against the coronavirus.

Newgent’s team, in Irvine, grew suspicious when the caller offered to pay in cash, which they don’t accept for the kind of high-volume orders they’ve been importing for three years from trusted factories in China.

The caller then confessed he wasn’t really a customer; he was a Canadian investigator trying to get leads on a shipment of 200 million masks that had gone missing en route to the country.

Newgent still doesn’t know for sure if the caller was an investigator or just another scammer. But the incident offers a window into just how crazy the world has become for middlemen who are brokering deals on personal protective equipment, tests and other gear needed in the fight against COVID-19. “Everyone is trying to get a piece of the action,” said Newgent, an Army veteran who’s a certified supplier for the Department of Veterans Affairs. 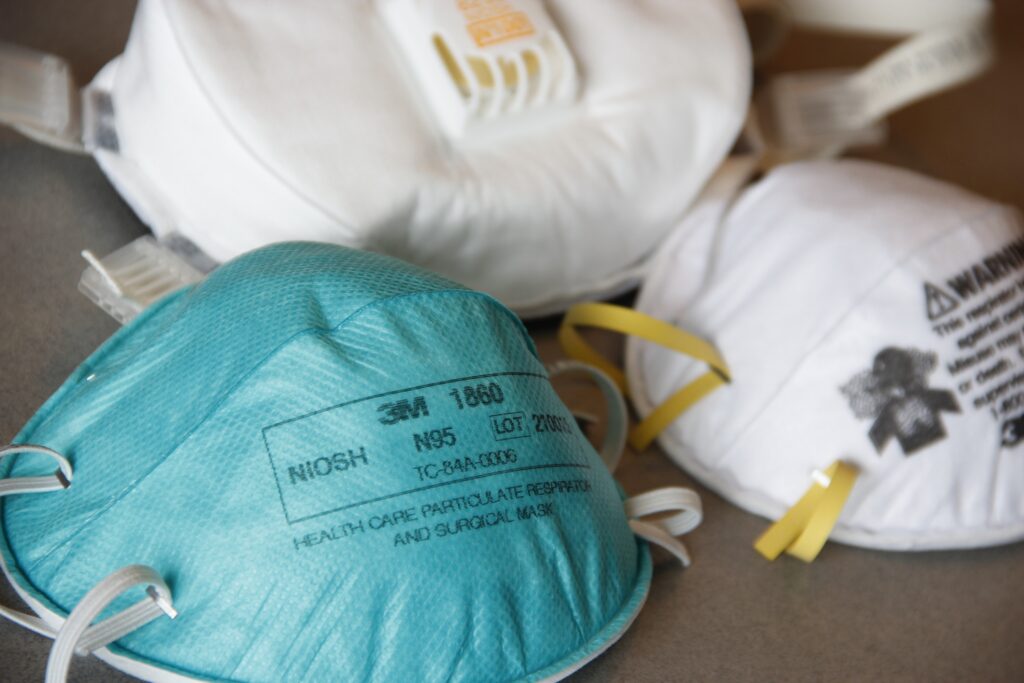 PPE products are scarce and in high demand, making the market ripe for exploitation.

The frenzy, he added, is “delaying the PPE from getting to the people who need it.” High-stakes business Most of the factories that make affordable PPE products are located in China or other Asian countries.

That makes it challenging for U.S. hospitals and other essential businesses to get reliable products directly from manufacturers, especially when the competition for those products is fierce and the timeline to get them immediate.

As a result, Southern California distributors like Newgent — who have experience as importers and who have worked with vetted suppliers — are in demand as PPE brokers. But not all of the brokers are well qualified. The crisis also has prompted the rise of a new class of middlemen, people with limited or no background in imports or in the world of medical supply. Some enter the scene making big promises, sometimes charging exorbitant prices for so-so products or for gear that is never delivered.

The chaos hurts hospitals and governments struggling to get PPE, sometimes forcing them to overpay, with taxpayers ultimately footing the bill. One local House member is raising flags with federal health authorities about a new distributor that’s popped up in Pasadena — accusations that the company insists are politically motivated.

Some argue that the chaos could have one long-term silver lining: It might prompt companies to bring manufacturing back to Southern California so the United States isn’t left depending on unreliable supply chains down the road. “We have to take this as an opportunity,” said Rakesh Tammabattula, CEO of QYK Brands, which is outsourcing PPE from China while the company builds a new factory in Garden Grove. “We have to bring the manufacturing back.”

Logistical challenges abound Importing goods is always challenging, with tariffs and transportation and customs enforcement to navigate. But layer in a global pandemic, and local distributors say it’s a whole new ballgame. To supply his branding company, Proven Promotions in Aliso Viejo, owner Josh Berzansky has worked with factories in China for roughly a decade.

So when regular business slowed down due to the pandemic, and news kept pouring in about a shortage in protective gear, Berzansky said it was a natural transition to help get that gear for local clients, including the city of Mission Viejo and Crystal Cove State Park.

“We saw was an opportunity to sell these masks at a very low markup, to still keep my business alive, and also to supply masks to all these local cities,” he said. But even with reliable vendors on call, Berzansky said importing PPE gear has presented new obstacles.

He recalled being in talks with Kaiser to import medical-grade masks when word came in that the federal government had seized his source. It’s also become tough to get any air freight out of China, with federal agencies taking up most of the capacity.

Tammabattula’s company, QYK Brands, makes most of its personal care products locally, so it’s been able to quickly ramp up production of hand sanitizer. But he said they couldn’t get the raw materials or capacity needed to meet all PPE demand in time, so he’s been forced to outsource those products from China. And to get shipments in a timely manner, they’ve teamed up with American Airlines to charter passenger planes.

Meanwhile, Tammabattula said since the start of the pandemic, the price of raw materials has shot up by as much as 30-fold. That, in turn, is driving up prices for everyone, even for companies like his that he said is selling finished products for a thin profit. The current climate also is making the PPE market ripe for abuse.

Berzansky said a local agency he was working with told him that they’d recently sent an employee out to to buy 500 masks from a guy in a parking lot. The agency paid $10 each for masks that Berzansky was selling for $2. The Department of Justice has formed a COVID-19 Hoarding and Price Gouging Task Force, and local district attorneys are looking into allegations of people trying to illegally profit from the virus.

But those agencies are relying largely on tips from the public, and some worry there isn’t enough federal oversight to guard against price gouging, or to ensure that the market isn’t being flooded with faulty equipment.

The company is billing itself as “the largest global network of COVID-19 medical suppliers providing healthcare logistics and hard to find medical supplies to beat the outbreak.” But in her letter to federal regulators, Porter noted that Blue Flame Medical’s website doesn’t reveal pricing or sources for its supplies. She also said the company’s founders don’t have backgrounds in distribution.

Thomas on Friday called Porter’s letter “absolutely absurd.” He said Porter “has an ax to grind,” since he ran the campaign for Don Sedgwick, a Republican who challenged Porter for the 45th District seat but didn’t make it through the March 3 primary.

Porter spokesman Jordan Wong denied any political motivation behind the congresswoman’s letter: “Rep. Porter called for an investigation because Orange County families deserve to know that Blue Flame will not engage in corporate abuse and charge astronomical prices for the equipment that workers so desperately need.”

Thomas acknowledged that neither he nor Gula have experience in the medical supply field. But he said their years in politics have helped them build a network around the world, a network they are tapping into as they launch their venture. He cited, for example, calling in a favor from someone who was on the board with him at Pepperdine University and happens to own an air freight company.

He said they’ve also hired nearly 15 staffers who have experience in distribution, including a chief financial officer who used to work with Ready Pac food company. Thomas said they’re sourcing the high-demand PPE from all over the world, including China, Costa Rica, Vietnam, Mexico, as well as from domestic factories. Blue Flame Medical doesn’t list prices because those can change daily based on circumstances outside the company’s control, according to Thomas.

He also declined to disclose the company’s profit margins, but insisted they’re in line with what medical supply companies were making before the pandemic. And Thomas insisted he and Gula weren’t financially motivated to get into the space, noting they both already had several companies. Thomas said his track record speaks for itself, and that “dozens and dozens” of Blue Flame Medical clients are on the books, including the state of Maryland, St. John’s Well Child and Family Center health clinics in Los Angeles County, and UCR Health in Riverside.

But history and current product demands — exacerbated by a health crisis — do present potential conflicts of interest. Government agencies are buying PPE, and Blue Flame’s founders have helped a lot GOP politicians across the country win their seats.

For example, Thomas ran the 2018 campaign for Orange County District Attorney Todd Spitzer. And Spitzer’s office is taking tips right now, and prosecuting, coronavirus scammers. A spokeswoman for Spitzer’s office, Kimberly Edds, said Thomas doesn’t have any current affiliation with Spitzer, and she noted that the DA’s office hasn’t received any complaints about Blue Flame Medical. If it does, Edds said, those complaints will be referred to the state Attorney General’s Office.

People from both sides of the aisle who are caught up in the PPE shortage hope all of this chaos will help drive some manufacturing back to the United States.

Tammabattula said his company is funding the build-out of a new factory in Garden Grove to make masks and other needed gear. But for domestic manufacturing to take off, he said the United States needs to build out the entire ecosystem. And he hopes the federal government might consider supporting such efforts in the fifth round of stimulus money, which is expected to include major funding for infrastructure projects.

Thomas said he just signed a three-year lease on office space in Pasadena for Blue Flame Medical. And he’s looking to reopen factories in the Los Angeles Garment District to support future plans, which include making branded mini PPE kits that could be handed to each passenger who boards a plane, or to each fan who walks into a sports arena, as those industries reopen.

“We’re trying to build something to last,” he said.

(This article was first published in The Orange County Register on April 25, 2020.)